Potting is the mechanical or manual method of pouring the liquid compound into the device equipped with electronic components and circuits, and curing it under normal temperature or heating conditions to become a thermosetting polymer insulating material with excellent performance. There are three main types of common potting glues, namely polyurethane potting glue, silicone potting glue and epoxy resin potting glue.

The main function of the potting compound is to displace air voids and ensure proper heat transfer. However, potting glue is not the only solution. In addition to using potting glue, gap filler pads are also a widely used method.

Both the filler pad and the potting compound provide effective thermal management methods. Although filler pads have a longer history, the latest developments in potting adhesives have surpassed the performance of filler pads in some cases. Below, we will compare the two materials in depth.

The first is filling capacity. Both materials can be conformed to a certain extent, but the maximum configurability of the gap pad is less than that of the potting compound due to its solid structure.

Followed by precision and shape. The advantage of filler pads is that they can be cut into the exact shape of customer parts, but in complex scenarios, such as many devices and mixed lines, the filler pads can only cover the surface, and the gaps inside the devices need other fillers to fill. .

The potting glue is filled and shaped by pouring and smearing. During the process, the polymers are tightly connected to form a good adhesive force and will not be easily pulled apart by external forces. Therefore, the shape of the potting compound is actually the compressed shape, which helps to determine and control the ease of application and any diffusion caused by it.

Look at the cost aspect. From the perspective of application scenarios, potting glue has universal applicability, and filling pads are more customized in batches, so the automation of potting glue is a significant advantage. In contrast to the filling pad, the operator needs to know its direction when placing it. There are top and bottom sides, and in many cases, there are left and right directions and up and down directions. Manual pad application will bring a greater risk of human error. Therefore, in the case of rising labor costs, the cost advantage of potting glue will become more obvious.

Of course, the cost should not only consider the operating cost, but also the cost of the raw materials themselves. In the early stages of development, the cost of almost all types of encapsulants was higher than that of filler pads. However, after continuous optimization by raw material manufacturers, in a broad sense, compared with comparable filler pads, potting glue is often cheaper in the same volume.

For a long time, filling pads have been the first choice of electronic engineers, but now the advantages of potting glue make the former’s living space smaller and smaller, can provide excellent performance, easier to manufacture and assemble, and in some large Lower cost in batch applications.

The main advantages of epoxy resin encapsulants are low viscosity, strong impregnation, and can fill components and lines; good performance, long pot life, suitable for mass automatic production line operations; filling and curing process, fillers and other powder The body component has small sedimentation and no delamination; the curing exothermic peak is low, and the curing shrinkage is small; the potting compound has the properties of flame retardancy, weather resistance, and heat conduction; it has good adhesion to a variety of materials and low water absorption. The disadvantage of epoxy resin encapsulant is its weak resistance to cold and heat changes. After curing, the colloid has a higher hardness and is relatively brittle, which is a “lifetime” product.

The main advantages of silicone encapsulants include no by-products and no shrinkage during the curing process; excellent electrical insulation properties and resistance to high and low temperatures (-50℃～200℃); after curing, the adhesive is semi-solid and has excellent properties The anti-cold and heat alternating performance; after AB mixing, there is a longer operating time, such as accelerated curing can be heated, and the curing time can be controlled; the gel can automatically heal after being cracked by external force, and it also plays a role of sealing and does not affect the use Effect: With excellent repair capability, the sealed components can be taken out for repair and replacement quickly and easily. The disadvantage of silicone encapsulant is that the bonding performance is slightly poor.

Polyurethane potting glue, also known as PU potting glue, is usually composed of polyols and diisocyanates of oligomers such as polyester, polyether and polydiene, with glycols or diamines as chain extenders, and gradually polymerizes them. become.

Polyurethane potting materials are characterized by low hardness, moderate strength, good elasticity, water resistance, mildew resistance, shock resistance, transparency, excellent electrical insulation and flame resistance, no corrosion to electrical components, and resistance to steel, aluminum, copper, and tin Other metals, as well as rubber, plastic, wood and other materials have good adhesion. The potting material can protect the installed and debugged electronic components and circuits from vibration, corrosion, humidity and dust. Disadvantages are poor high temperature resistance and easy foaming, weak UV resistance, easy to discolor the colloid, easy to absorb moisture before curing, and the operating environment is required to be dry.

Photoresist is currently widely used in the processing and production of micro-pattern lines in the optoelectronic information industry. The cost 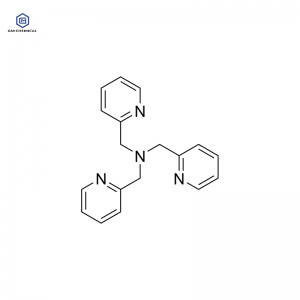 GET IN TOUCH WITH GM CHEMICAL